Theme parks in London, Do you like a nice surge of adrenaline? Are you attracted to the rain and the woods? Are you a teacup expert? London is the place to go on vacation if you want a bit of extra fun.

With some of the best amusement parks and fairs in the UK, London has a wide selection of adventure parks, from temporary fairgrounds to Windsor’s Lego Lands and the renowned Thorpe Park.

For a new level of roller coaster thrill, check out our list of tried-and-true attractions.

What Is the Definition of A Theme Park?

A theme park sometimes referred to as an amusement park, is essentially a permanent setting where the major draws are attractions like roller coasters and water slides.

Many different stores, eateries, and other themed entertainment options are typically found there. Not just kids, but people of all ages may enjoy these attractions.

What Exactly Is A Funfair?

A funfair, often known as a fair, is small to a medium-sized traveling show that makes its way around the nation or the globe. These traveling fairs, which may be seen all across the country, often feature vendors, fun houses, and straightforward flat-pack rides.

Within a short drive of London, one may find rollercoasters, Lego villages, and attractions with pig-themed themes. The top theme parks in the London area are listed below. 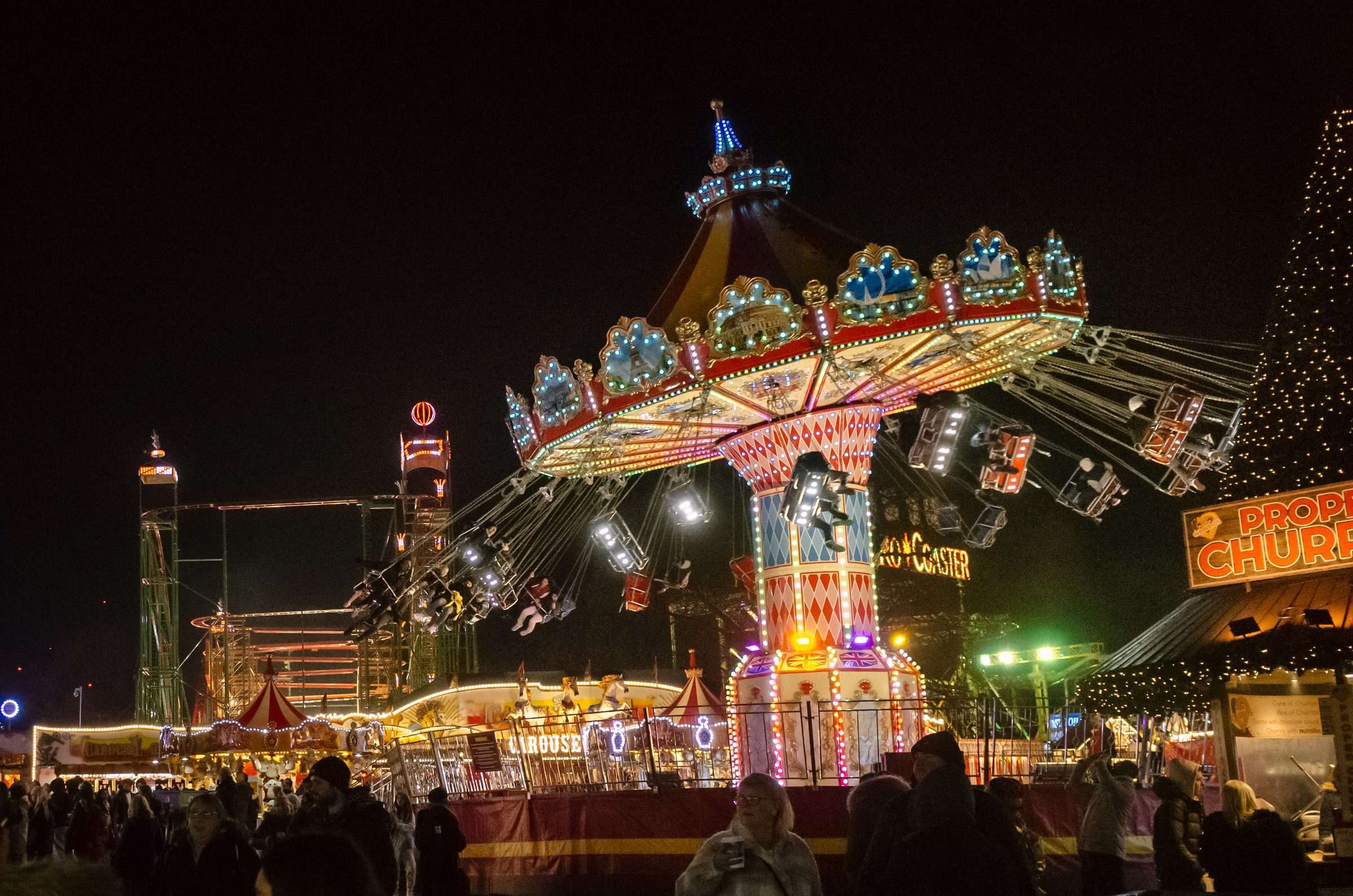 One of the greatest theme parks in London is Chessington World of Adventures, which is a great vacation spot for people of all ages. It is essentially a theme park with a range of rides for visitors of all ages, but it offers more than just exhilarating thrills.

For individuals of all ages and interests, it also offers a zoo, a sea life center, and live entertainment performances. Any family seeking an enjoyable outing should go to Chessington. 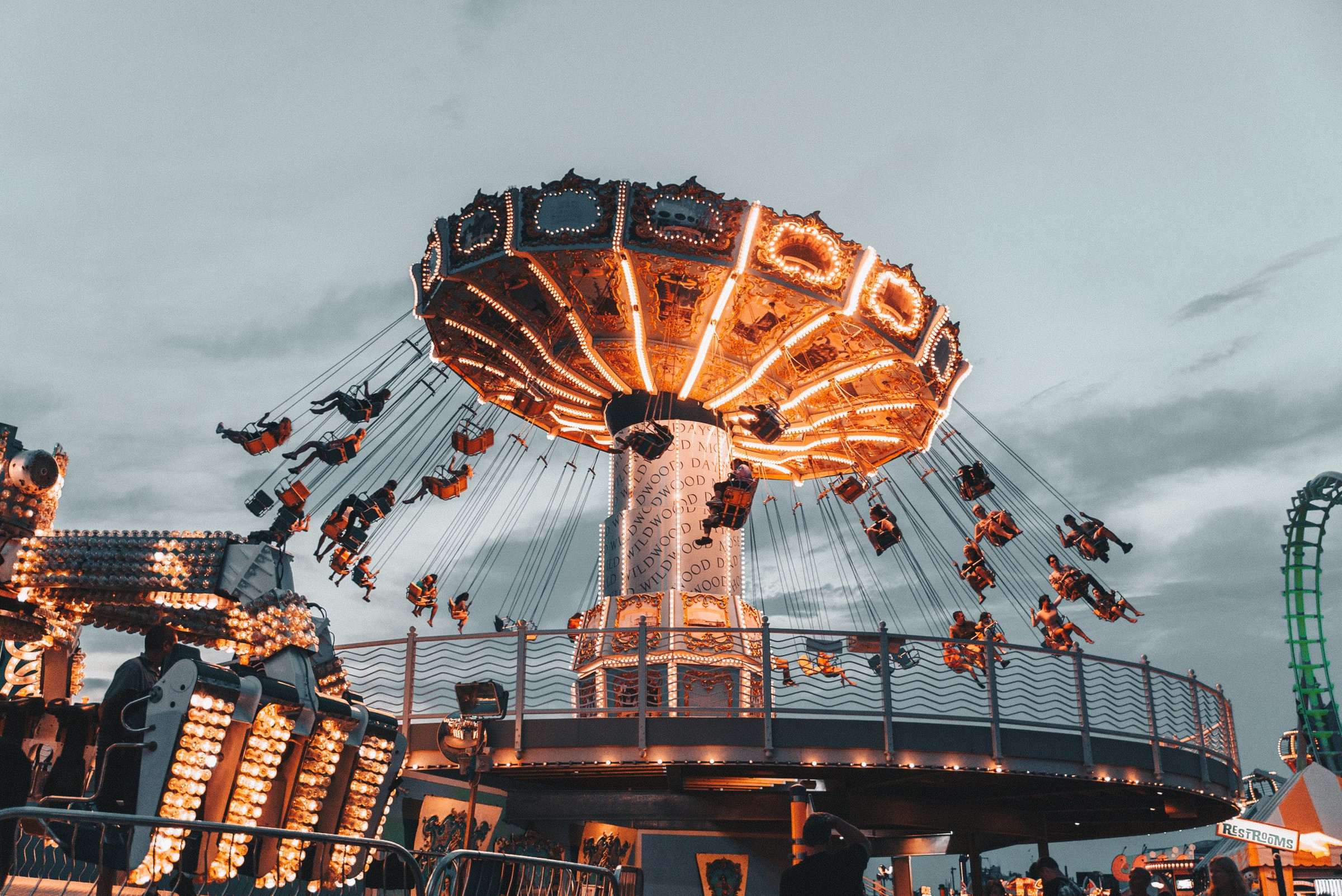 One of the most well-known theme parks in the UK exclaims, “Thorpe Park is an island unlike any other!” There are 27 attractions at the park, which is barely 20 minutes from central London. These include the spooky Colossus, the gravity-defying Nemesis, the horrific Saw—The Ride, and the stealthy destroyer Stealth.

If you’re looking for excitement, Thorpe Park offers it all, as well as a wide range of extra rides and attractions to keep your heart racing.

It’s not just the best option for people who don’t have a fear of heights; it also provides a selection of kinder, slower rides for people who aren’t interested in speed. It’s a great place for a family day with something for everyone, to put it simply.

You may scare yourself silly at this exquisitely crafted adventure park. The Dungeon offers the most thrilling journey through London’s spooky past. With almost 1000 years of known history to cover in 90 minutes, the skilled performers will have you smiling one minute and frightening the living daylights out of you the next. 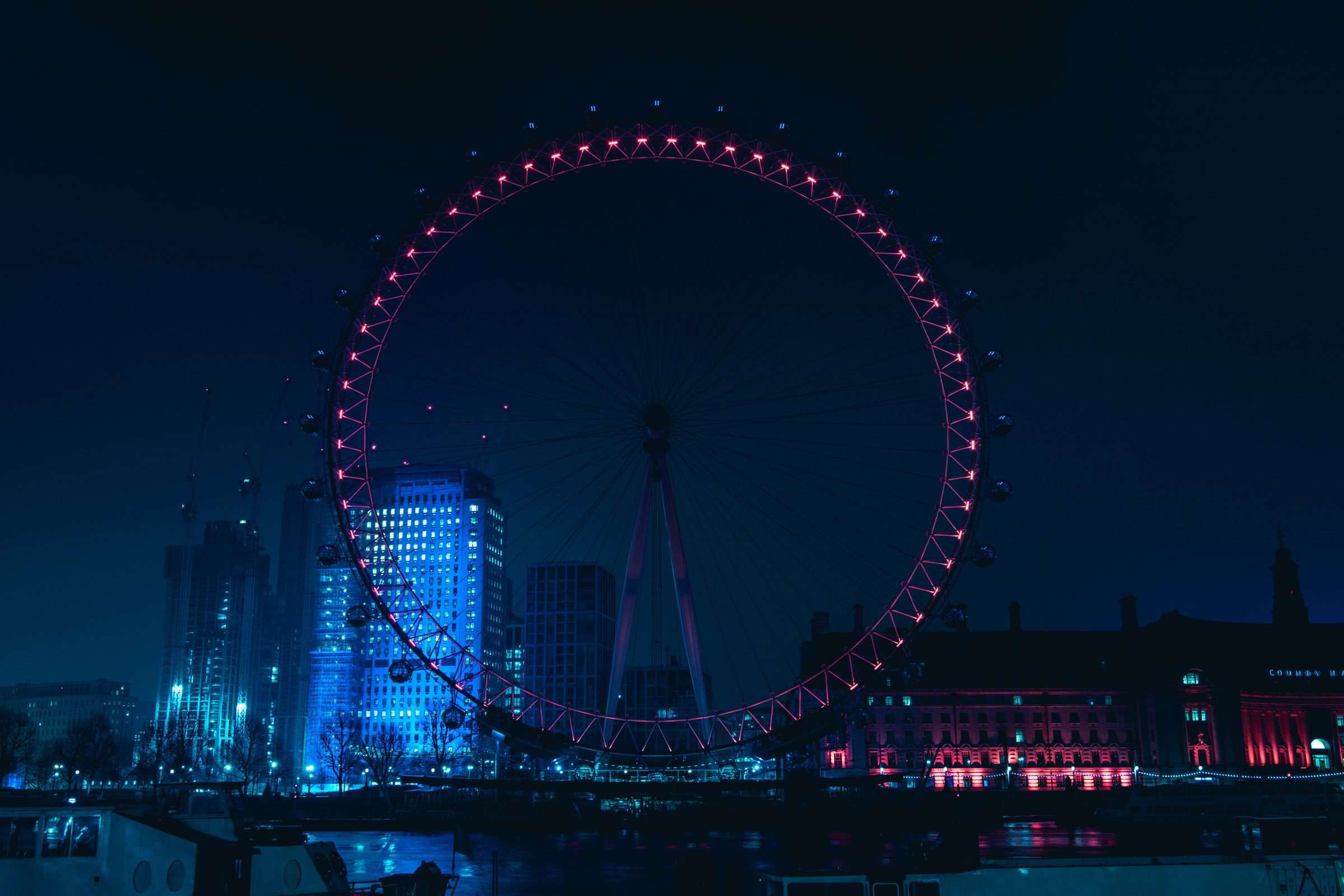 Photo by Jack B on Unsplash /Copyright 2022

You’d like to think that everyone likes playing with Legos, so why not visit a location where it rules supreme? Watch how the plastic construction known as Lego is used to recreate well-known locations, both genuine and made-up.

The Kingdom of Atlantis, a Star Wars set, and a small version of London created with Lego are all amazing works that anybody can enjoy, whether they are children or adults.

Go for a spin in a Lego go-kart or cool down with a water ride on a hot summer day after admiring some of the masterpieces. It may be because there is more to see here than at any other amusement park that draws 2.2 million visitors annually.

The best place to go for a thrilling jungle adventure is Go Ape. At the summit of one woodland adventure park, it’s all about living life on the edge and rediscovering your inner tree swinger.

You may climb perilous bridges, soar down zip lines, and jump out of trees while admiring the gorgeous forest scenery. Additionally, if you’re a worried parent or caregiver, join the children and put your courage to the test. Conquer your fear of heights safely and enjoyably.

There is a huge international fanbase for Harry Potter films and books. Due to this, tourists from all over the globe have rushed to the Harry Potter Studios to see Hogwarts, get to know Hagrid, and use a magic wand.

Many of the animatronics and locations from each movie are on display at this Warner Brothers Studio, letting you immerse yourself in everything wizard-related. It’s possible to fly about on a broomstick and fully immerse oneself in the Harry Potter world.

There are several funfairs in and around London.

Funfairs could be a better option for you if roller coasters scare you due to their horrific twists, turns, and loop-de-loops. In London, there are several amusement fairs. They show up in the capital each month of the year.

Usually, especially during the summer, you may take part in an inflatable fair, a fun, philanthropic event, or anything similar. Furthermore, if you appreciate festivals, you’ll be aware that the amusement ride equivalents of a Ferris wheel, “Earth-Shaker,” or “The Waltzers” exist.

You should utilize this list to choose a funfair in London that meets your schedule and location because fairgrounds are often portable.

Knowing more about London’s greatest theme parks will enable you to enjoy some adventure park fun when you travel to this vibrant British city.

Even if it’s only the satisfaction of making it to the last metro stop without having to race frantically, living in London, United Kingdom, may be exhilarating. However, if you’re hoping to experience a different kind of excitement, have a look at our selection of the top theme parks in and around the city.

Some offer the most terrifying rollercoasters in the nation, while others have something a little more calming and kid-friendly. Who’s a fan of Peppa Pig?

Enjoy family-friendly activities in the heart of London, United Kingdom, or travel farther to amusement parks that are easily reached by train, coach, or car. Decide on your ideal place to investigate while planning your trip.

Check out our list and locations of the best extreme London fitness courses if you’re still seeking for more heart-pounding activities, or try one of these outdoor pursuits. At most, you’ll get to enjoy a respectable night’s sleep.

Can You Go Inside the Pyramids: 8 Things to Know

Top 18 Famous City in Italy for a Best Travel Escape

32 Amazing Things to do Budapest