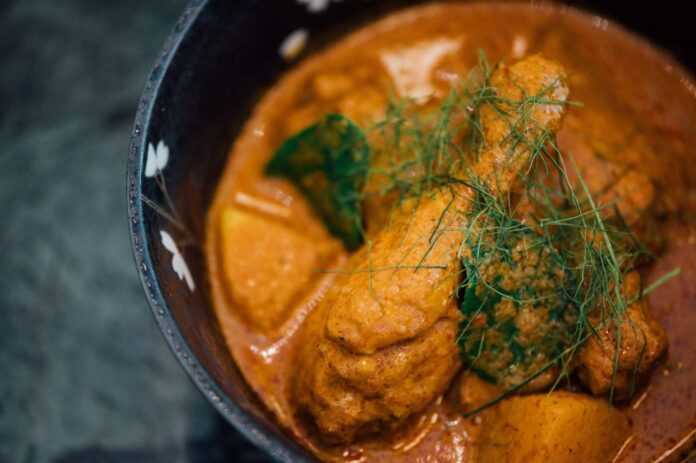 After a hard day at work, what relaxes you is food. Food would play a significant role if you fought with your best friend. Want to stop a child from crying? Give them some food.

You can solve many things with just a bowl of freshly cooked food. One such popular type of food is chicken tikka masala, which has grabbed everyone’s attention as the national dish of England.

Most people in England enjoy cooking and eating it. For the last few years, the popularity of chicken tikka masala has increased in England and all over the United Kingdom, and people love it.

This is an insensitive question to ask someone and, most importantly, to a British person or an Indian because both dishes are heavenly pleasing. Still, an Indian will choose chicken tikka most of the time, and a British will pick chicken tikka masala without hesitation.

Both of these dishes are mostly similar because there is only one difference between them: the sauce. A sauce in this dish is what the British asked to fulfill their want of a creamy and saucy chicken tikka masala.

The country England is known for many things such as its great history, quality education, art galleries, museums, and place with some of the best universities in the world.

Great England has been a place where many people visit for studies, jobs, and to explore places with their family and friends. among all these incredible things, is one more important thing which has attracted people around the world: their food. Although if I only talk about one place which is the heart of curries is London with many places called as the curry house of London. In London, except from food, there are many places to visit and enjoy you can have a look at 10 fun places to go in London.

You can find many great dishes from England and their recipes online, but this chicken tikka masala is something you must try in a restaurant based in England. Becoming the national dish of England and gaining popularity worldwide, this dish clasps every British person even children and old people.

What is a good recipe?

Let’s now look at a simple chicken tikka masala recipe you can follow at home.

Firstly, you have to cut the chicken into cube size chunky pieces and marinate the pieces of chicken in yogurt and a few spices according to your preference. After the marination, bake the marinated chicken in a tandoor, which is an Indian cylindrical body for cooking and baking.

Afterward, what is left is the curry or sauce; for that, you can use tomato puree. You have to cook the puree in a pan with some butter and then drop the baked chicken tikka in the sauce. Your delicious and flavourful chicken tikka masala will be ready in no time.

When you look around, you will find many people referring to tips and secrets to make the perfect chicken tikka masala. Some people like coconut milk in it, and some people like to add parsley to it.

This recipe can differ according to what you like. If you like spicy food, you can make the chicken tikka masala spicy or if you want the sour and creamy texture, then make the dish with tomatoes.

Looking back at the time, I realize that the national dish of England is not new today. The dish is already there even before we were born. The dish has a good story behind it as well.

It begins around the 1970s by a Bangladeshi chef in Glasgow, Scotland. The city Glasgow is one of the richest city in the world and have some of the best holiday destination, beaches, and whisky to hang out, here you can find some of the best places to visit in Scotland.

There was nothing like chicken tikka masala but only chicken tikka, which was famous back then. Still, unexpectedly a customer complained about how dry the chicken tikka was. When the Bangladeshi chef heard about it, he took some tomatoes, spices, and cream he saw in his kitchen and created a better dish.

Now the same dish is loved by many people, so much so that they made chicken tikka masala, the national dish of England.

How Popular is the National Dish?

When I was a child, I loved to eat tomatoes with salt, but when I grew up, my habit of eating raw tomatoes faded away. Although, in the case of chicken tikka masala, its popularity seems to boost every day and has made a place in every British person’s heart. That is one reason they made the chicken tikka masala the national dish of England.

People like to eat this dish with rice and bread, but sometimes the chicken tikka masala is good with a glass of wine or any drink.

The chicken tikka masala is served as the main course so people like to eat it with some rice and naan or any bread.

Humans are always creative and excited so do all of us. Fish tikka masala, paneer tikka masala is the result of this creativity. Chefs and cooks have not replaced this dish but have made more different varieties.

Sometimes accidents happen, and sometimes these accidents change history. The national dish of England is one of those ancient coincidences that has made a mark on England and the whole of Europe.

Top 18 Famous City in Italy for a Best Travel Escape

32 Amazing Things to do Budapest